This year of soccer has allowed us to review the importance of the top striker. This position of striker, should it be remembered, distinguishes the center forward from the rest of the offensive squad because positioned in the axis, it is essentially responsible for scoring goals. In the past, in fact, not so long ago, it was common to see these players bear a great responsibility in the scoring of their team. But in recent years, the job of scoring was much more shared, and some wingers and attacking midfielders like Ronaldinho and Messi, took advantage of this to steal the spotlight from the “#9”.

In 2006, Brazilian coach Carlos Alberto Parreira went so far as to predict that center forwards would soon lose their raison d’être in tactical formations and that soccer was heading straight for an inevitable 4–6–0 style of play. The rise and success of the tikitaka, including Fc Barcelona and Spain, had somewhat proven this prediction right. Indeed, Vicente Del Bosque’s team can boast of having won a World Cup and two European Cups of Nations without depending on a top striker, if not a Fernando Torres in bad shape. In fact, it was in this premonitory format, a 4–6–0, in the Euro 2012 final against Italy that this Spanish generation crowned its cycle of dominance in world soccer. It seemed to be a foregone conclusion that the center-forward position was, if not dead, then on its way out. The trend was so alarming that sports magazines were still worried about it: Where have the great European center-forwards gone? lamented the magazine L’Equipe after Euro 2016.

But, five years later, the wind seems to have changed and this question is finally answered. The center forwards are back, decisive, essential, or at least necessary. So much so that even their failure to score does not diminish their tactical importance. 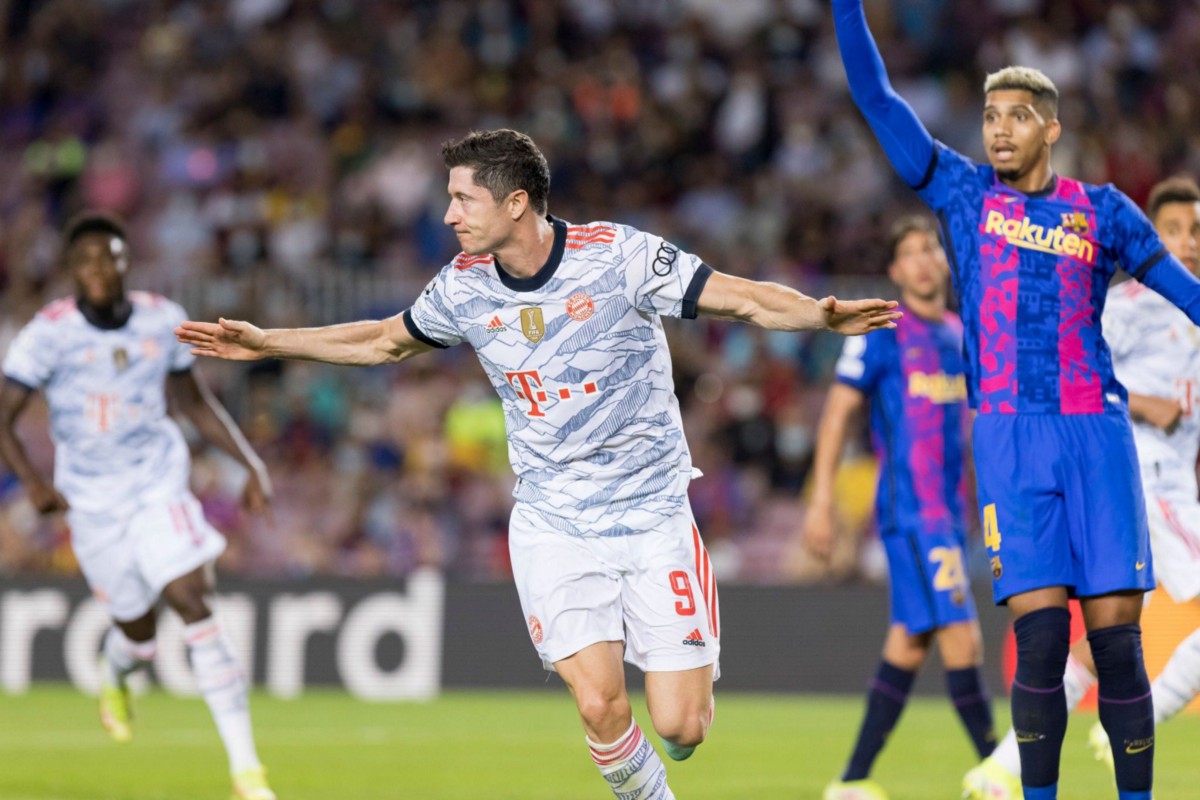 Hitting the net for the 19th consecutive games, the Polish striker scores in all of his games for Bayern since February 15

Today, Robert Lewandowski is the most successful illustration of this type of work. Golden Boot winner this year, with 41 goals, the Polish striker has spearheaded Bayern Munich’s winning machine since his transfer from Borussia Dortmund in 2014. Over the past two seasons, the player seems to have found a collective to match his appetite for scoring goals. Result: after a year of world domination, in 2020, Bayern Munich continues its dynasty in the Bundesliga, and intimidates all the other European clubs. And in this saga, Lewandowski plays an indispensable role so that, this year, his absence in the quarterfinals of the Champions League due to injury has handicapped the Bavarian team at a crucial moment of the competition. His height is an asset for his excellent head game, but better, as Gerd Muller, the player combines technical and tactical abilities with a discipline in the search for the back of the net that today has no rival.

If not Cristiano Ronaldo.

I agree it is not common to categorize CR7 as a “#9”. But he is one. Of course, the Portuguese had made a name for himself and scored a lot already in the winger position. However, between his first stint at Manchester United and his return this season, Ronaldo has completely metamorphosed. So much so that his entire career seems to have been a long preparation for his current role. As the all-time leading scorer at the European Cup of Nations and the record holder for most goals for the national team, CR7 has made it his mission to shatter as many goal-scoring records as possible. His advanced age, far from being an obstacle, actually justifies this approach. And in this project, his transfer to Manchester United is probably the best transfer of the summer Mercato. 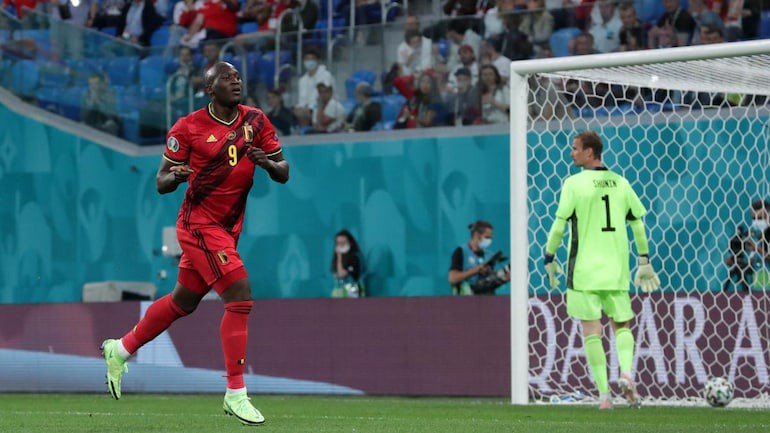 Romelu Lukaku after hitting his first goal in Euro 2020

Okay, this remains to be verified. Because, this summer, the transfer of another top striker, that of Romelu Lukaku from Inter Milan to FC Chelsea is equally promising. It is indeed a #9 pure sang. After two amazing seasons with Inter Milan and coached by a certain Thierry Henry in the national team, the Belgian striker has almost everything that Roberto Martinez and Thomas Tuchel can expect from a 9: surgical efficiency, Italian opportunism, sense of defensive responsibility, reliability … After the failure of Giroud and Werner, Chelsea seems to have found with the return of Lukaku the last missing piece to its puzzle to claim a new Premier League title.

Before casting their lot with the Belgian forward, Chelsea had other equally valid options. At first, the London club had caught the Erling Haaland fever. And for good reason! The Borussia Dortmund striker embodies the future of this position. It is a pity that the absence of his selection for the Euro this summer has kept his talent out of the spotlight. But, this new season, the 21-year-old terminator continues to deploy his talent. Sometimes he looks like Vieri, sometimes like Van Basten. The Norwegian striker is not only capable of playing with his back to goal (deflection) and intimidating a whole defense on his own, but also like the great strikers of yesteryear, his genius can make the difference in a match at any time.

Another classy forward has also interested Chelsea : Harry Kane. The reigning top scorer in the Premier League, the Tottenham player was also the best passer of the season. This versatility is rare among top strikers. It is a pity that this 28-year-old player, top scorer at the 2018 World Cup, has not yet won any major titles either for the national team or for his club despite his reliability in the offensive game. 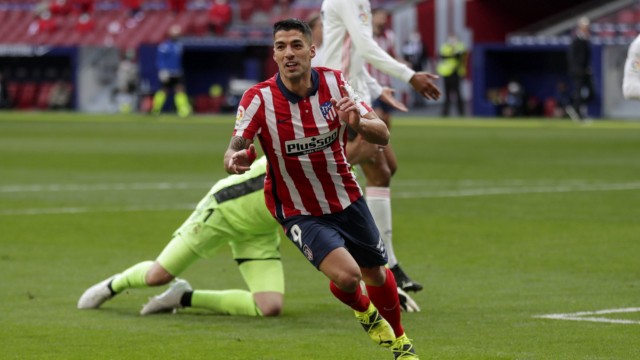 Certainly, the list of contemporary center forwards that recall the old traditional style of strikers is much longer than that. Especially since some players, trained at “ the school of the strikers-wingers and the nine-and-a-half” as Luis Suarez and Karim Benzema have converted to “#9” during their careers to the delight of their respective teams. While others like Kylian Mbappé seem destined to follow this same path.

But what is certain is that the performance of top strikers is back in the spotlight and has become a determining factor in the success of selections and clubs. It is true that some of them do not always manage to pay for their presence on the field with goals. However, their role as contributors is no less essential. In this age of gegenpressing, their high defensive marking , their positioning and their mobility are equally commendable.

Can creativity replace efficiency? Can soccer do without center forwards?

Some teams, such as Spain, Manchester City and PSG, rely on an enterprising attack, creating many chances where the responsibility for the goal is shared and therefore less dependent on the efficiency of a center forward. Other teams such as England tend to adopt a thrifty attacking system, but where a pivotal striker can score at the slightest opportunity.

Sure, the choice between efficiency and creativity in an attack depends mostly on a team’s offensive resources and also on the coach’s preference. But, can creativity replace efficiency? Can soccer do without center forwards?

Perhaps. But not now.

The experience of recent competitions shows that the success of offensive strategies also depends on the context of the game. To impress, to show off one’s offensive weapons is a luxury of the first round and long championships. But in the knockout stages and in cup competitions, the priority is to make the difference. Scoring vital goals to win.

And for this no matter what offensive formation, the “center forwards” are in the picture. To bring more resilience, to commit, to lead, to strike back…